Gasitech, a gas bottle specialist from Walsleben, about 80 km north-west of Berlin, has enjoyed a major boost in competitiveness thanks to an efficient and innovative automation solution from HEITEC Auerbach. Gasitech is one of Europe’s strongest-performing companies in the area of regular testing, industrial processing, and filling of gas bottles.

For Gasitech, HEITEC Auerbach, of Ellefeld in Saxony, has developed and manufactured a second robot-supported plant containing ten stations to process used gas bottles fully automatically using a technology set-up that is probably unique.
The steel and aluminum bottles are first fed into the 9x9 meter unit via an input/output carousel that can accommodate 16 bottles. The system then determines the height, diameter and shape of the bottles. A fully automatic system unscrews the old valves. A lot of force is required since the valves are often stuck or rusted in place. The bases of the bottles are therefore clamped in place on a sturdy rotary table, and a clamping device is attached to the valve, which holds it while the rotary table turns.

Once the valves are unscrewed, the bottles are mechanically brushed in three paint-removing stations equipped with a suction device to remove any loose flakes of paint or adhesive labels, the lettering on the bottles is uncovered, and the bottles are prepared for painting. At the next stations, the valve threads are recut and the bottles are weighed. Laser triangulation is used to record old bottle data and test data, then render it unreadable; the bottles are then given new markings before being fed back by the robots into the input/output carousel for further processing. A six-axis robot, which can lift up to 280 kilograms, does all the work of handling the bottles.

This brand-new gas bottle processing plant more than doubles the production capacity at Gasitech. Previously, the company was able to process about 300 gas bottles each day in small manual stations, where eight Gasitech employees had to perform sometimes very tough and very dangerous tasks. Now, a single employee can operate the processing center. The result is a substantial improvement in quality, huge cost savings, shorter production times, fewer processing errors, and easier work for the human operators. The average throughput time for a gas bottle is now only 80 seconds. 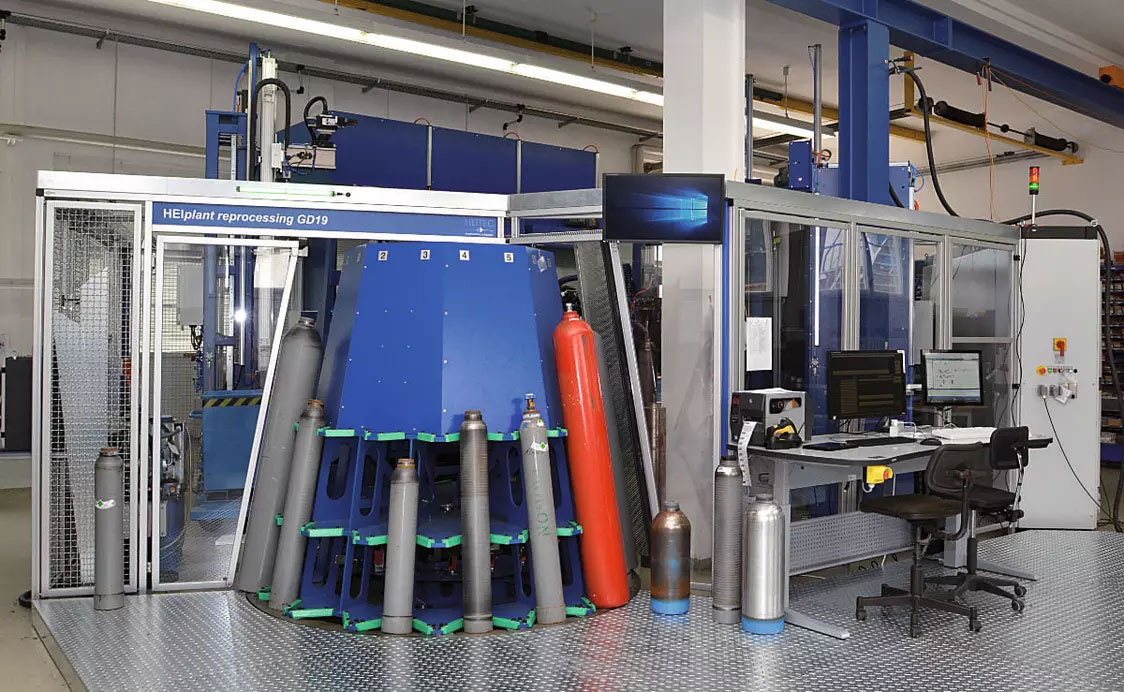 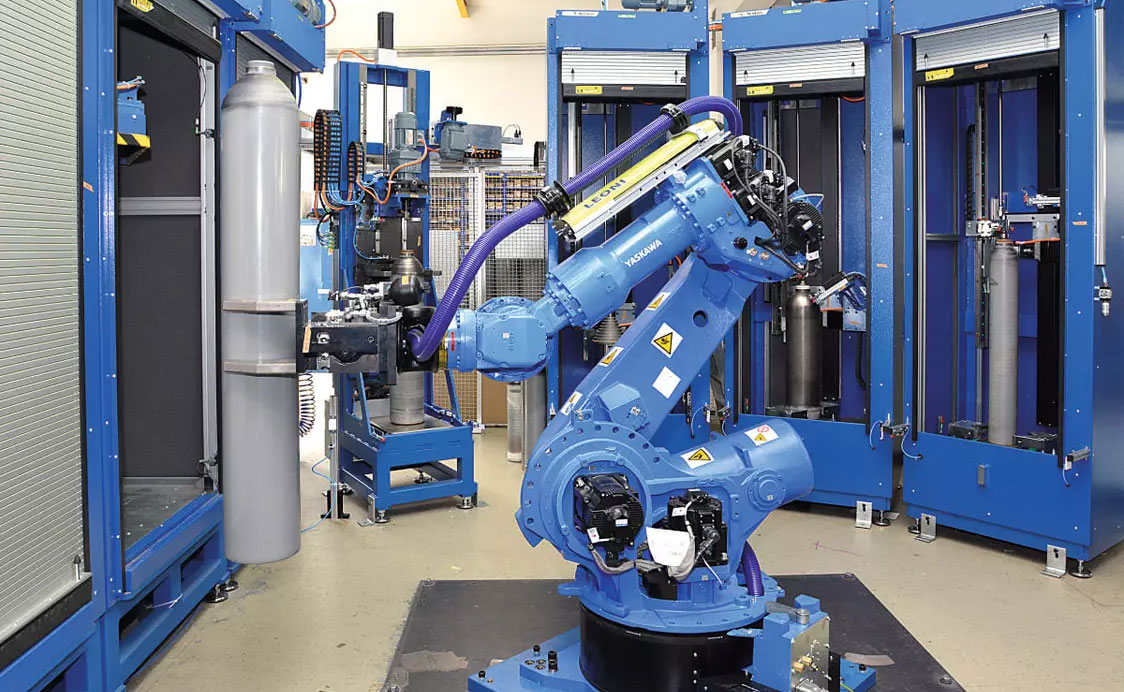